← Awesome Halloween Costumes, but the Speeder Bike is the Real Hero!
World of Warcraft: Battle for Azeroth →

Mr. Popularity – Why David Harbour is the Next “It Girl”

It goes without saying that Hopper is one of the most beloved characters of Stranger Things, despite clearly having a lot of very normal character flaws.  But judging from his castmates, they’re all wanting more screen time with him.

But scratch the surface just a bit and you’ll find he’s got a hilarious instagram account, where he pokes fun at Joe Keery (Steve Harrington) for “stealing his hair”: 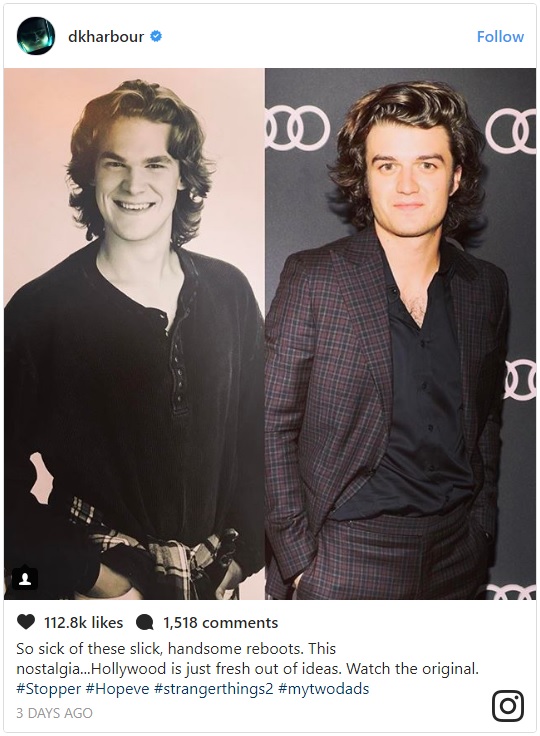 Not only that, but he agreed to pose with someone for their senior pictures if they got 25K retweets – well, guess what… 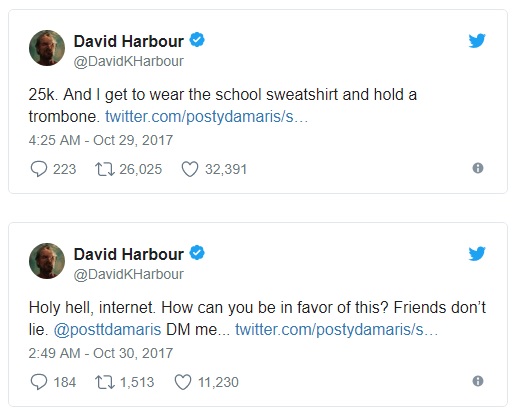 Now, just because we can’t get enough of him:

← Awesome Halloween Costumes, but the Speeder Bike is the Real Hero!
World of Warcraft: Battle for Azeroth →